Finding Monsters on the Ocean Surface

By Frederic Diaz and Darryl Symonds

The study of extreme wave events in the ocean has become a popular area of research in recent years. Aside from seafarers, extreme waves impact coastal communities and are of great interest to marine renewable energy companies. This is particularly prevalent in the face of coastal erosion, rising sea levels and uncertainty in how the wave climate will change in a warming world. However, much of the current research is based on modeling and experiments. Extreme wave events – including storm waves, rogue waves, storm surges and tsunamis – are rare, and as such are difficult to observe and measure. Usually the wave categories are divided into two streams: long waves and short waves. Generally, the ratio of depth to wavelength is used as a parameter to differentiate between long and short waves. Tsunamis and storm surges are typically very long waves, so they are considered shallow water waves. Storm waves and rogue waves are much shorter in wavelength relative to ocean depth. 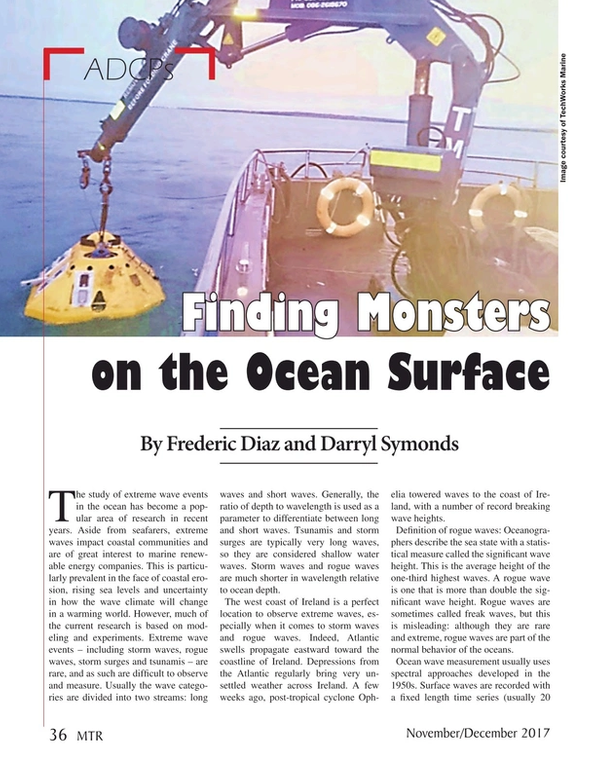 Other stories from November 2017 issue