Founded by Robert W. Fernstrum 67 years ago, R.W. Fernstrum & Company is currently run by its third generation of Fernstrum. This long-tenured maritime staple has seen its fair share of maritime cycles, and in today’s challenging market it is not standing still. The company is digging for, and finding, business in all four corners of the world, above water and below, as Sean Fernstrum, President & owner, and his team explain. 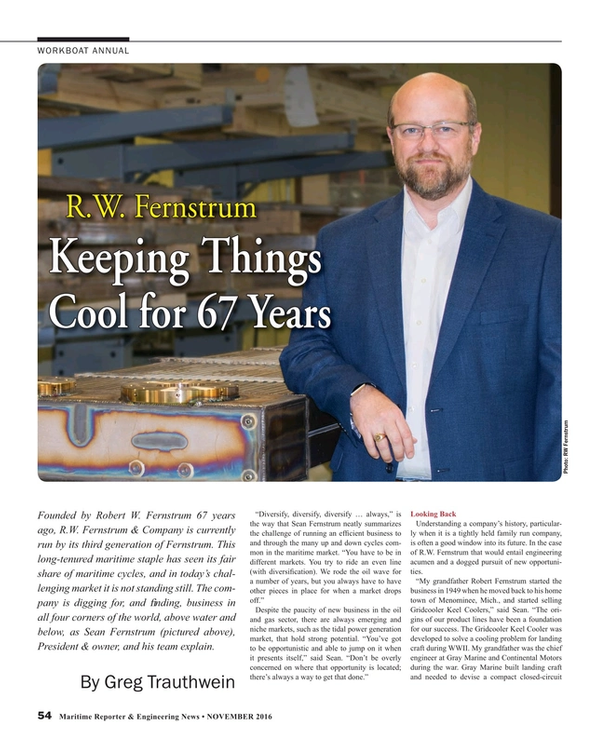